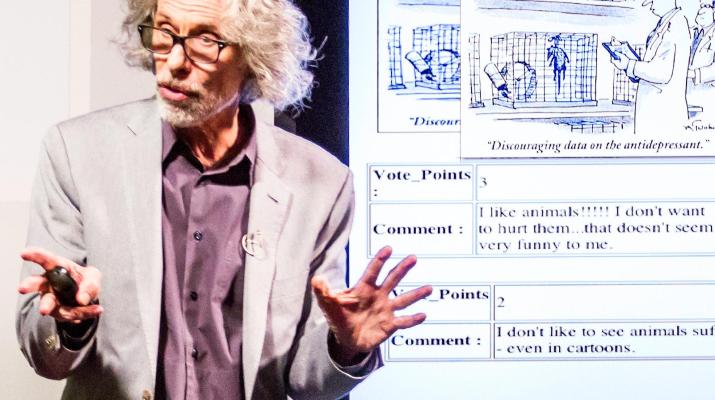 This quick TED talk entry is courtesy of TED.com. The New Yorker receives around 1,000 cartoons each week; it only publishes about 17 of them. In this hilarious, fast-paced, and insightful talk, the magazine’s longstanding cartoon editor and self-proclaimed “humor analyst” Bob Mankoff dissects the comedy within just some of the “idea drawings” featured in the magazine, explaining what works, what doesn’t, and why.